The process for switching broadband providers is changing in June 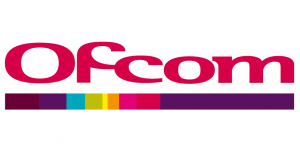 While Internet Service Providers try to make switching broadband as easy and smooth as possible, the current system has become outdated and complicates matters for many customers. Originally, MAC migration codes were designed to standardise the process for all broadband switches, but they don't apply when you're also moving your line rental and phone service to the new provider. These days most providers now have their own equipment in your local telephone exchange, and most require you to take their telephone services bundled in with your broadband, so MAC codes aren't needed. Once you've switched to one of these providers the system to switch back changes again. It can get quite confusing and frustrating trying to switch between providers.

Sometimes, due to differences in technology and systems being used, you may find you have to cancel your entire service with one provider before you can switch to a new one with someone else. This is known as 'cease and reprovide', and can result in downtime and unexpected extra charges for both disconnection and new line activation, as well as possibly causing you to lose your telephone number in the process. The threat of losing your phone number can lead people to feel trapped with their current provider. Putting up with high prices or poor service may be seen as a better option than the stress and inconvenience of changing phone numbers.

The good news is that Ofcom have announced new regulations which are due to come into effect late June of this year, which will mean that all home broaband providers will be switching to the new Gaining Provider Led system. This will greatly simplify the process for customers, improving consistency across providers and making the process easier regardless of the type of broadband service you've chosen. From the 20th of June, customers will only have to contact the supplier they want to switch to, they will no longer need to ask their existing provider for a MAC code. Once this is done, the old provider will be required to provide a letter as a formal notification of the service ending, informing the customer of any final charges (such as for broadband usage or phone calls not yet paid for) that may apply.

The new system should also mean that the majority of people switching broadband and phone should be able to do so without losing their number, and all services should be transferred at the same time to ensure a minimal loss of service. As long as the service will be provided over the same telephone line, you shouldn't have to worry about these. However, if you're moving from, for example, a Virgin Media cable broadband service with a totally independent cable telephone line to a service that runs over BT telephone lines, you will still need to cease this cable service and ask for your new provider to either activate your old BT line or install a new one. In this case, every effort should still be taken to ensure you get to keep your phone number.

This new system won't come into force until the 20th of June, but is something that you need to be aware of if you're planning to switch providers. Ofcom provide a guide to the process of switching broadband providers which will be kept up to date as the new regulations comeinto force.