How to get broadband without a phone line 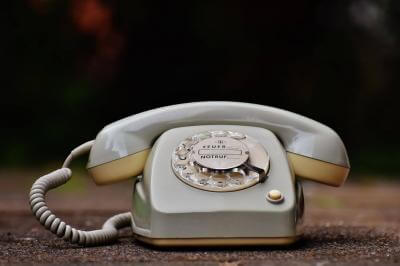 How often do you make calls on your landline these days? Chances are, it's not often at all.

The number of landline calls has been slashed by well over a half over the last few years. Millions of us now only have landlines because we need them for our broadband. But that's about to change.

A new wave of standalone, broadband-only services are on their way, spearheaded by BT and EE. And it's not just a passing trend. Within five years this will be the norm.

So why is this happening now? Simple answer: the days of the landline are numbered. The UK's ageing phone network is set to be switched off in 2025, to be replaced by a combination of mobile and internet calls. The transition is already under way.

What's happened is that Openreach, the BT-owned company that runs the network, has effectively split the phone service out from the copper wire network that it works on. So where you'd normally automatically get a phone sevice whenever you signed up to a broadband package that uses the copper network (which is most of them), now you won't.

Most fibre services still need to use the copper lines, but increasingly you won't get a phone number or dial tone unless you really need one.

This is leading to the launch of new broadband-only packages (the technical name for these is SOGEA broadband, but you don't need to worry about that). Our newly updated guide to Broadband Without a Phone Line has got all the details you need.

Leading the way in this new generation are BT and EE.

This is awesome news for those of us whose landlines attract cold callers and scammers and nothing else. But you do need to be slightly cautious before you sign up. When you take on broadband-only you will give up your phone line and lose your number. If you later have second thoughts, you'll be able to get a new line, but you won't get your number back.

If you're in any doubt, a simple compromise solution is to stick with what you've got for now and just unplug your phone. There's no real cost difference either way, at the moment.

These new services aren't your only options for landline-free internet. The biggest provider that can give you this is Virgin Media, who offer all their broadband deals with or without a phone connection. Either way, you don't need a BT line installed to get them.

There's also the small but growing band of full fibre providers, like Gigaclear and Direct Save. They have limited coverage, which is expanding all the time, and come with the added benefit of delivering the fastest broadband in the UK. You can get top speeds averaging around 900Mb - around 13 times faster than the most popular fibre deals.

If you're keen to switch to broadband-only, or want to find out what your options are, use our postcode checker to see the best broadband deals available in your area today.